This guide shows you how to create applications and deploy them to various native mobile platforms using the cordova command-line interface (CLI). This tool allows you to create new projects, build them on different platforms, and run them within an emulator. You can also use the CLI to initialize project code, after which you use various platforms' IDEs to develop them further.

Before running any command-line tools, you need to install SDKs for each platform you wish to target.

Run the info command for a listing that includes the current version along with other available version numbers:

The first argument specifies a HelloWorld directory to be generated for your project. Its www subdirectory houses your application's home page, along with various resources under css, js, and img, which follow common web development file-naming conventions. The config.xml file contains important metadata needed to generate and distribute the application.

The other two arguments are optional: the com.example.hello argument provides your project with a reverse-domain-style identifier, and the "Hello World!" provides the application's display text. You can edit both of these values later in the config.xml file.

Running commands to add or remove platforms affects the contents of the project's platforms directory, where each specified platform appears as a subdirectory. The www source directory is reproduced within each platform's subdirectory, appearing for example in platforms/ios/www or platforms/android/assets/www. By default, each platform's configuration file is set up to be able to access all of Cordova's APIs.

If you wish, you can use an SDK at this point to open the project you created. However, any edits you make to the project within an SDK affect the derivative set of assets, not the original cross-platform source files. Use this approach if you simply want to initialize a project. Read on if you wish to use command-line tools for the entire development cycle.

In this case, once you run prepare, you can use Apple's Xcode SDK as an alternative to modify and compile the platform-specific code that Cordova generates within platforms/ios. You can use the same approach with other platforms' IDEs.

View the App in an Emulator

SDKs for mobile platforms come bundled with emulators that execute a device image, so that you can launch the app from the home screen and see how it interacts with many platform features. Run a command such as the following to rebuild the app and view it within a specific platform's emulator:

Some mobile platforms emulate a particular device by default, such as the iPhone for iOS projects. For other platforms, you may need to first associate a device with an emulator. For example, you may first run the android command to launch the Android SDK, then run a particular device image, which launches it according to its default behavior: 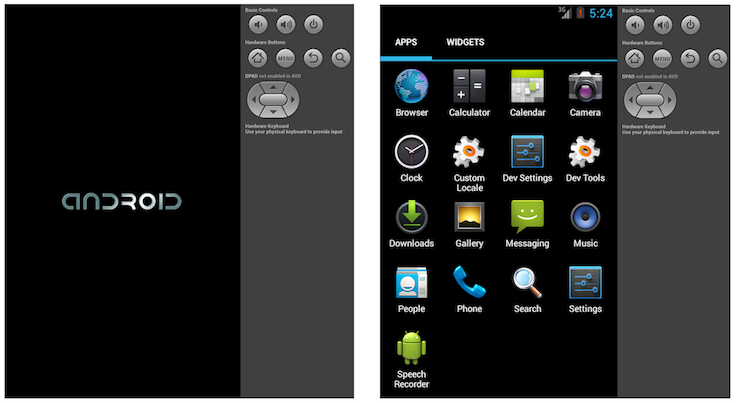 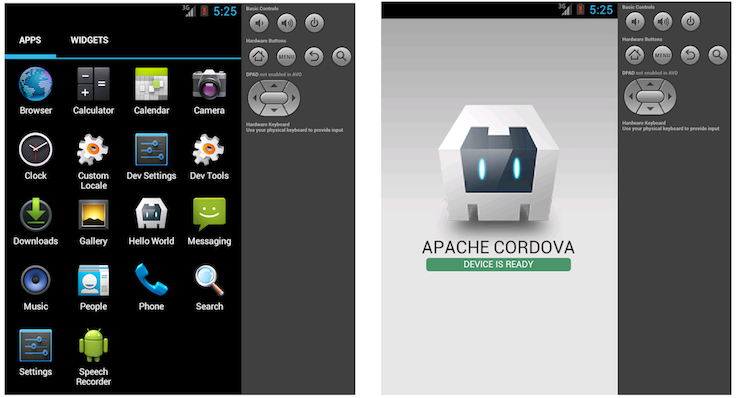